At the end of the Seventies and beginning of the Eighties, several composers from Florence started to collaborate with Pietro Grossi, among them: Albert Mayr, Lelio Camilleri, Marco Ligabue and Francesco Giomi. In this experimental and innovative atmosphere Grossi established the first course of music informatics at the Conservatory of Florence. [1] 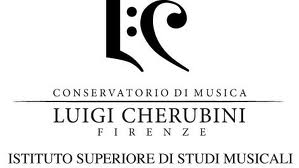 The course wasborn from the will to verify the potentialities of the computer. More precisely the main aims were, and still are, the didactic, training and research in the field of informatics applied to music, programming and computer science in general.

Research and training in the field of general informatics and informatics technologies applied to music.

The course of music informatics dealt mainly with the application of informatics to music. The subjects that were taught were general informatics, mathematics, physics and programming, especially in Fortran and dedicated at the implementation of new applications for the Taumus (Tau2 software).

Since 1995, under the guide of Maestro Marco Ligabue, the course of music informatics has been examiningthe theory of the different aspects of informatics and it has been facing the applicative side of the subject matter in other modules of the course, such as: numeric elaboration of the signal, programming languages, control formats and auto protocols.

Thanks to a convention between the Conservatorio and the CNUCE of Pisa (at present ISTI), the didactic activities of this course and of the Corso straordinario di musica elettronica (established in 1965) has developed in parallel with the scientific and production researches carried out in the past years by the Unità di Musicologia Computazionale. This collaboration made possible the creation, in 2003, of the centre MARTLab (realized in collaboration with the Conservatory and ISTI/CNUCE of the CNR), directed by Prof. Carreras, a previous collaborator of the Conservatorio L. Cherubini and researcher of the CNR (and also professor of semiography in the following year).

In 2003 a reform took place inside the conservatories and it was established the “Nuovo Ordinamento”, where many subjects of the course of music informatics converged. The nuovo ordinamento comprises a three years course, named Triennio di Musica Elettronica, where music informatics is incorporated in the study of electro music and composition, and an experimental two years course, named Biennio specialistico di Musica e Nuove Tecnologie (Biennio MNT).

The course of music informatics has always been experimental and with the reform it merged into the nuovo ordinamento of MNT. The course kept itsoriginal name because Vecchio and Nuovo Ordinamento coexisted until 2011, when the Vecchio Ordinamento has been closed. All its courses (included the corso sperimentale di informatica musicale) will remain active as long as the students already enrolled will carry on their studies, but it is not possible any longer to register on the courses.

The course of music informatics that Pietro Grossi establishedin 1977/78 in the Conservatory of Florence, was the first one in Italy (like the electro music course Pietro Grossi) established in 1965 in the Conservatory of Florence)and it remained the only one until when the reform of the L. 508/99 included it in the Schools of Music and New Technologies that some Italian conservatories activated in 2003/2004.