Born in 1939 in Galatina, still adolescent in the fifties he started his researches on Art-Science and he has been one of the first to work and study into this field.

In his equations, he worked then on the relation of: ARTE ÷ SCIENZA ÷ UTOPIA ÷ CREATIVITA’.

The Utopia is not considered impossible, but it seems like a boost in the future of world (see Canetti's writing "The ambiguous spirit of Utopia").

The tumultuous thoughts of Valentini immediately converged in the birth of CYBORG, the revolutionary robotized creature who came to life in the first sixties by two great American engineer and doctor.

That project was too much innovative for being deeply understood.

After some decades Cyborg gradually became a media phenomenon and it leave his original nature.

On the contrary Valentini immediately understood the great importance of that creature who anticipate the development of new branches of science (such as Bionics, robotized organisms, Bioengineering, Bio IT, etc.) creating a humanoid capable of living on planets that are further more hostile than our Earth. That reality has been completely distorted by those who used Cyborg, rightly or wrong, for literary, filmic, or other scopes.

He went from artistic experiences simultaneously to Science and to the extreme frontiers of it.

He preferred to stay with great artists and scientists, having numerous and different experiences, towards the future.

Since adolescent he stayed with Argan, Ceccato, Bruno Munari, Plama Bucarelli, etc., who convinced him to move from Apulia to Rome and Milan.

On the scientific side he knew and became friend of engineer Guaita, known in astrophysics field and in genetic and spatial Bioengineering; he knew also Guaita's daughter, expert on big observatories in the highest mountains in the world. 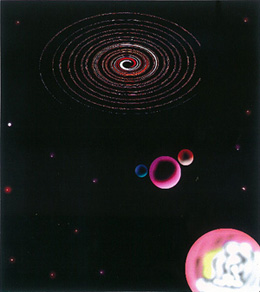 Proposals for a new concept of art: (short operative synthesis)

He has made in Dakar, Senegal (1966) the "Biosphere exploration of some African savannahs" and following studies on ecosystems of Savannahs and Jungles since 1966, also in other African states.

He has been in Lenden, Czechoslovakia (1969) for 53 International Works, Oblastini, Vysocini Art Gallery. In Varese (1970) he has been one of the promoters of the International Exhibition "SERIART 70" - at the Civic Museum, and in Sant'Angelo Lodigiano (1970) International Protest against environment pollution "Fire and Foam" with Bruno Munari. In 1970 in Milano, for the event "Death of Nouveau Réalisme" of Pierre Restany, he realized a big jet of flames in the Besana grass, in honour of Yves Klein.

He has been in Rome (1971) in "VIDEOBELISCO" with video-tape technologies and PHILIPS technical assistance - L'Obelisco Art Gallery, with Gianni Colombo, under G. C. Argan and Palma Bucarelli's supervision.

In 1974 he invented a Futurist show on Smelling, Olfactory Cybernetics - La Darsena Art Gallery of Milan - with news and articles in the whole West. 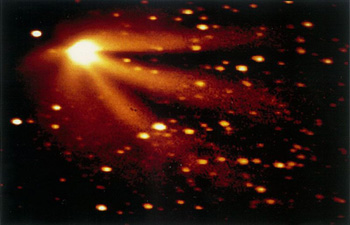 He has been in Bilbao (1982) in "ARTEDER", International Art Exhibition, then in Martina Franca, Taranto "AB ORIGINE", Apulian Evidence in Contemporary Art, Carrieri Studio, book by LATERZA publishers, Bari.

He presented in Pavia (1995) a personal exhibition at the University - Collegio Cairoli.

He took part in the International Movement "Genetic Art" which took place in Lecce, Genoa, Canada.

he has been in Hong Kong (2001) with a personal exhibition - Memory Gallery.

He took part in the 54th International Venice Biennale of Art.

Exhibition BAROCCO AUSTERO in 2011 by Carmelo Strano of University of Catania.

He took besides, a personal exhibition at the Dieci.Due! gallery in Milan, November 2012, presentation of Eleonora Fiorani, science philosopher, anthropologist and epistemologist of State University of Milan.

Exhibition at the Art School of Lecce in 2013, where he is member of the Museum Collection.