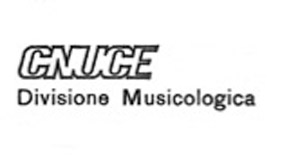 The Department of Music Informatics of Pisa was aimed at the research and design of hardware and software to be employed in the music sector.

Among the main activities of the Department there were applicative researches into: the design of digital systems for the elaboration of audio signals, the creation of software for the definition and control of synthesis algorithms and for the treatment of audio signals, and the development of composition methods with a particular interest for live interaction techniques and for the study and design of wireless man-machine interfaces.

The music informatics research started in 1965 with the establishment of the Department of Music Informatics at the CNUCE (Centro Nazionale Universitario di Calcolo Elettronico – National University Center for Electronic Calculation) thanks to the musician PietroGrossi. Around the end of the 70’s the research activities of the Department focused on the automation of creative processes, the encoding of music, the creation of archives and the use of analogical instruments for performances.

In 1974 the CNUCE became part of the CNR (Consiglio Nazionale delle Ricerche – National Council for Research). It has also developed a collaboration with the Conservatory L. Cherubini in Florence, where Pietro Grossi taught cello and established the study of phonology and the courses of electro music and music informatics.

An important project realized by the Department of Music Informatics of Pisa was the terminal TAU2and the softwareTAUMUS, for the IBM 370/168 system of the CNUCE.

[...] The system TAU-TAUMUS [is] a group of hardware and software that allows thereal time memorization, composition, rielaboration and performance of music pieces.[…][1]

Around the middle of the 80’s Graziano Bertini and Leonello Tarabella change the direction of the investigations. The Department started a new period of research concentrated on the interaction between the man and the machine during live performances. The main focus was the design and creation of hardware and software able to program synthesis algorithm and to elaborate real signals.

At present the CNUCE and the IEI (Istituto elaborazione dell’informazione – Institute for Information Elaboration) converged into the ISTI (Istituto di scienza e tecnologia dell'informazione A: Faedo).

What was previously called Department of Music Informatics doesn’t exist any longer because it became part of the section of the ISTI named Signals and Images Laboratory (SI). As we can infer from the name of the new session, current research interests include images and broaderthematics, such as: reconstruction and manipulation of multidimensional images, computational biology, computational intelligence for the categorization and interpretation of heterogeneous, multimodal and multi source images with computers.