(Platform 16 Holocaust Memorial Project) explores the development of the ideas of iranian artist "Siavash Talaei". Enabling the creation of a symbolic piece of artwork in honour of deported Italian citizens from Florence during World War II. 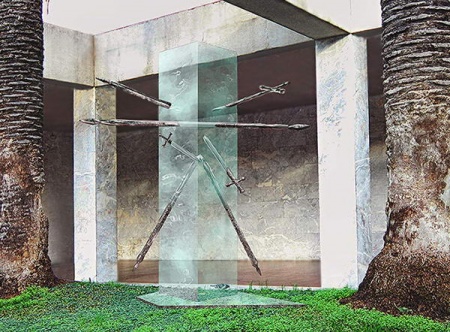 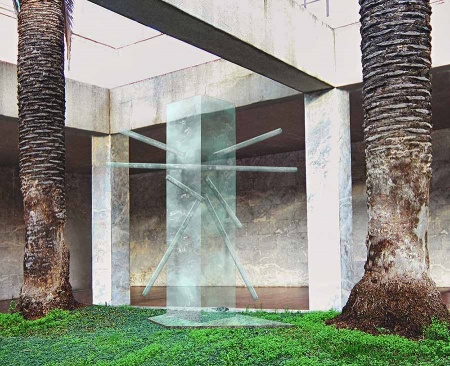 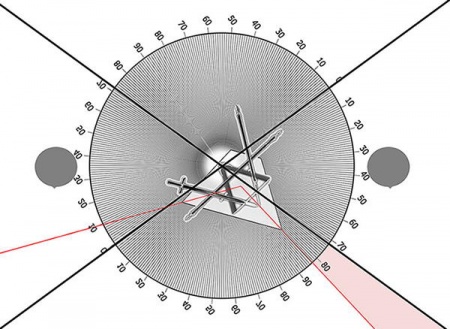 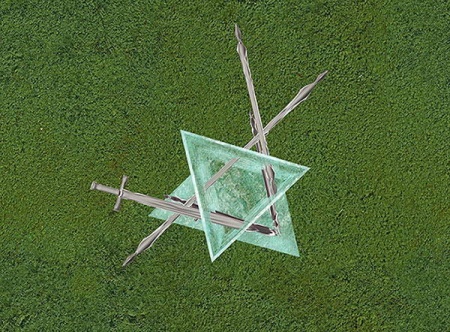 The Platform 16 Project consists of main idea of a symbolic and ritual statue meeting contemporary artistic strategies, which is stylistically neo-shamanistic and mystical. The artworks idea is based on the location and geographical coordinates, meaning that the semiotics of artwork would be only visible from the high-profile and by Google Earth.
The artist, by calculating the various geographical coordinates attempts to create a symbolic link between the three geographic locations.

In this way, two aspects of modern culture and history, meaning the statue of David as a symbol of civil citizen and the concentration camp as a symbol of the destructive power lied in modernity are encountered with each other.
Some features of two Iconic figures are obviously seen in this sketch. At first the "Vitruvian man" by Leonardo Davinci which is to be A symbol of the relation between human and nature. Next is "Iron Maiden", the classic form of medieval torture devices. The statue resembles A classic form of torture machines in the Medieval coming along with A symbol of relation between Man and nature.Somehow its A Metaphorical reference to the Inquisition era, the Artist tries to more highlight this creepy procedure of dehumanizing and isolating the minorities so systematically, by means of modern cultural tools and devitalising the empathy between us and the victims of Holocaust.


The statue, with its shocking and biting form and aesthetics attempts to challenge the issue of lack of ethical vision in contemporary life, regarding individual and social aspects and to intensify the sense of responsibility to the freedom ideal. Perhaps it would be a step in the direction of the awakening of consciences and community education for today and tomorrow.


A complete set of documentation, including comments on pictures and video are available in the project’s official website.